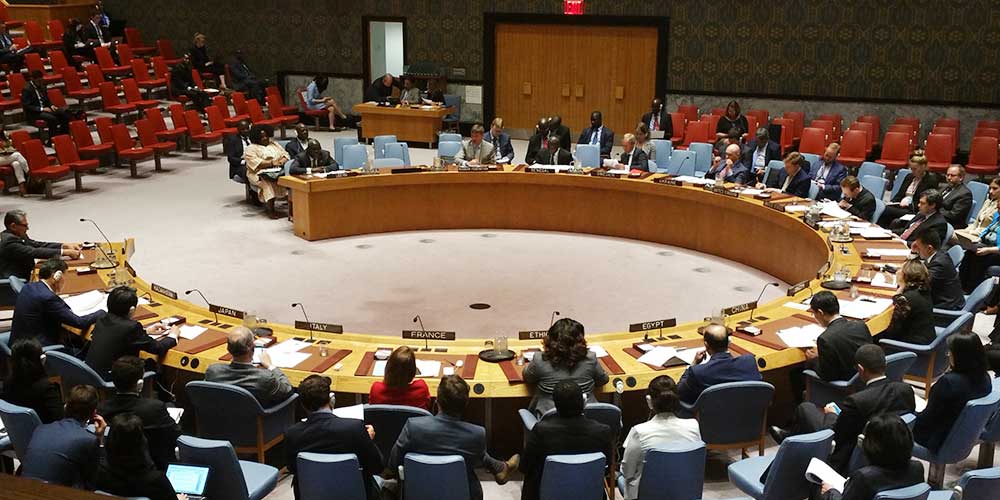 (New York, July 24, 2017)  The United Nations Security Council has called on all stakeholders including international partners to ensure that the impending Legislative and Presidential Elections in Liberia are free, fair, credible and transparent.

The Security Council in a statement adopted on July 24, 2017 during its 8010th meeting, stressed the full participation of women, peaceful resolution of disputes through established mechanisms in accordance with the law and the deployment of electoral observers as key to ensuring credible elections.

According to a dispatch from Liberia's Permanent Mission to the United Nations, the Security Council also welcomed the signing of the Farmington River Declaration by 20 Political Parties committing to a violence free elections and peaceful transition to a new government; and encouraged the Government of Liberia to ensure that the National Elections Commission gets the necessary resources for the successful conduct of the polls. " The Security Council encourages the Government to ensure adequate resources are committed and expeditiously distributed for the National Elections Commission and reiterates its call on international partners to support the Liberian authorities in ensuring the credibility of those elections including through the deployment of electoral observers" the statement said.

At the same time, the Security Council is encouraging the Government of Liberia to accelerate its accountability and transparency efforts to boost public confidence ahead of the October elections and transfer of power; as well as the passage of relevant legislations. " The Security Council stresses the need for the government to honor its commitment to support the passage of the Land Rights Bill and the Local Government Bill which will positively impact lives and livelihoods of Liberian citizens and contribute to overcoming the societal and structural inequities that were the root causes of the war and emphasizes the importance of the Legislature's timely action to ensure these bills are passed".

On Liberia's peacebuilding efforts, the Security Council again emphasized the need for continued international attention to  Liberia and urged the Government, UNMIL, and the United Nations Country Team to continue to coordinate closely in the transfer of responsibilities considering UNMIL's closure at the expiration of its mandate on March 30, 2018 as set out in resolution 2333 (2016). " The Security Council encourages the continued engagement of the  international community and donors, including in support of the commitments  made in the Liberia Peacebuilding Plan, to address capacity gaps identified in the UNCT's mapping exercise needed to assure continuity of relevant peacebuilding programs and assist Liberia's continued efforts to achieve sustainable peace." The statement emphasized.

The Security Council in its statement commended the Government and people of Liberia for the overall progress towards restoring peace, security and stability in Liberia and the commitment to developing democratic processes and institutions.

The adoption of the statement on the situation in Liberia followed a Security Council Briefing on   the Thirty-Third Progress Report of the Secretary General on the United Nations Mission in Liberia (UNMIL).

At the Briefing held on June 27, 2017, the  Special Representative of the Secretary-General (SRSG) and head of the UN Mission in Liberia (UNMIL) Farid Zarif, the Chair of the Liberia Configuration of the Peacebuilding Commission (PBC), Ambassador Olof Skoog of Sweden and Liberia's Permanent Representative to the United Nations His Excellency Lewis Garseedah brown II all appealed to the UN system and other international partners to increase and consolidate their investment in Liberia to support the country during this crucial transition and beyond