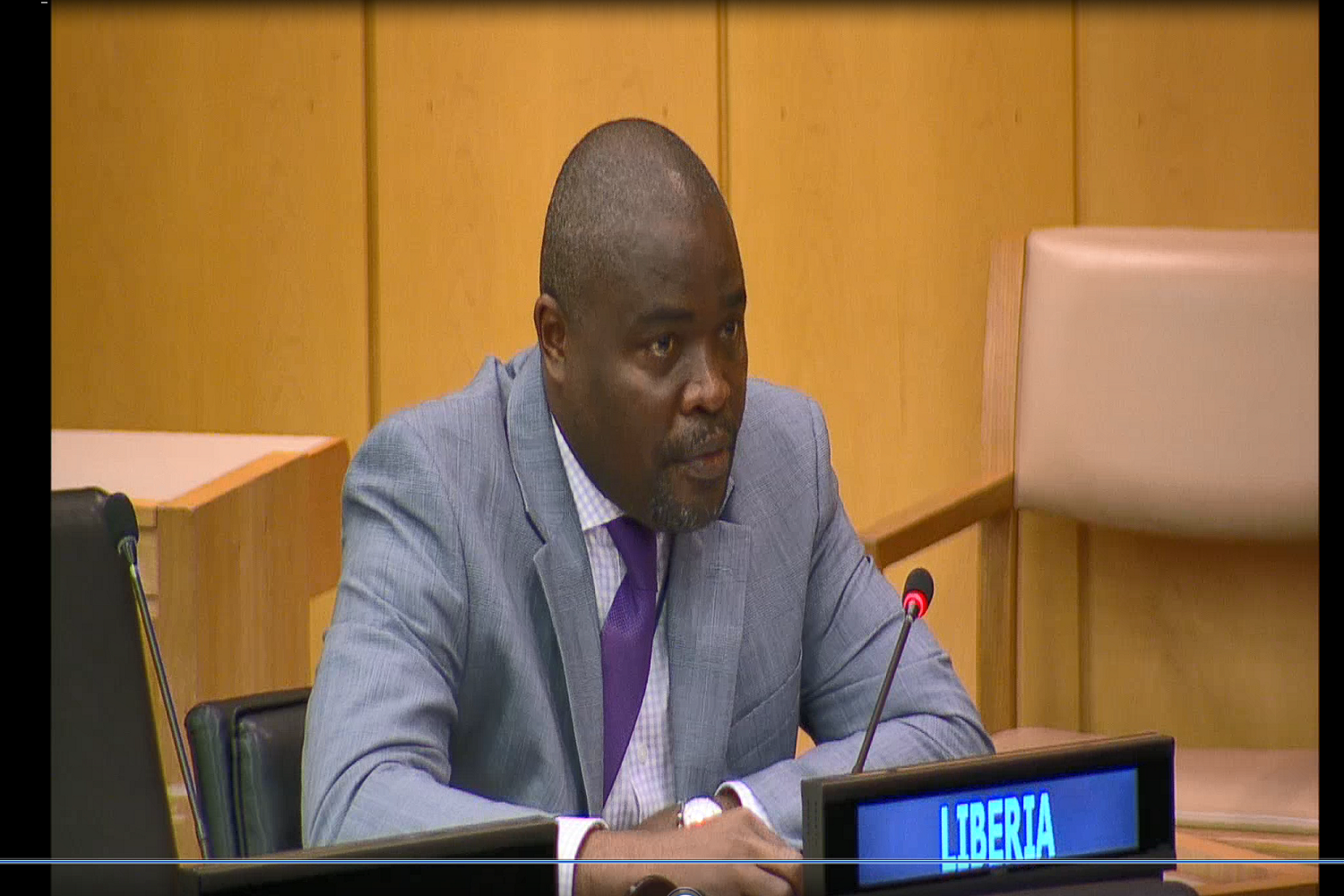 The Chargé d’affaires of the Permanent Mission of Liberia to the United Nations, Mr. Israel Choko Davies, says the Government of Liberia will continue to prioritize the strengthening of the peace, security, and democracy currently enjoyed by Liberians and residents of Liberia.

Mr. Israel Davies says the Government will also endeavor to mobilize efforts to strengthen the Liberian economy and protect and empower the most vulnerable, especially women.

At the International level, Mr. Davies averred that Liberia remains a significant United Nations member state, contributing to the discourse of global peace, security, and development; particularly, with its peacekeeping service with the United Nations Multidimensional Integrated Stabilization Mission in Mali (MINUSMA). Mr. Davies then highlighted the need to prioritize the speedy deployment of an additional One hundred five (105) Liberian military personnel to Mali.

The Liberian Diplomat assured Mr. Scott that the Government of Liberia will remain constructively engaged with partners, including the United Nations Peace Building Commission (PBC), working in collaboration with the Peace Building Support Office (PBSO); to ensure that it continues to deliver on its mandate, particularly via the Liberia Configuration of the Peacebuilding Commission.

Mr. Davies congratulated Mr. Scott on his preferment and expressed the hope that his experience as Resident Coordinator in Burundi, Indonesia, and Georgia, and as head of the United Nations Office for the Coordination of Humanitarian Affairs (OCHA) in Cote d’Ivoire will prove useful in the discharge of his duties in Liberia “I trust that as Resident Coordinator in Liberia, you will impartially and conscientiously, to the absolute best of your ability, discharge your duties.” Mr. Davies emphasized.

For his part, Mr. Neils Scott said he was pleased to be in Liberia to carry out the responsibility of Resident Coordinator and thanked Liberia for exporting peace to Mali through MINUSMA. He also praised Liberia for the just-ended successful electoral process, which he noted is a good indication of a strengthening democracy.

Mr. Scott recalled, as critical and useful, the strong cooperation framework signed between his predecessor Dr. Kingsley Opoku Amaning and the Government of Liberia aimed at addressing poverty and accentuating the role of women and youth and their empowerment.

Mr. Scott said he looks forward to working with the Permanent Mission of Liberia to the United Nations and the Liberia Configuration of the Peacebuilding Commission, chaired by Sweden, in supporting the initiatives of the Government of Liberia.

With the Liberian Government’s approval, Mr. Scott was appointed on January 1, 2021, by United Nations Secretary-General António Guterres to serve as United Nations Resident Coordinator in Liberia.