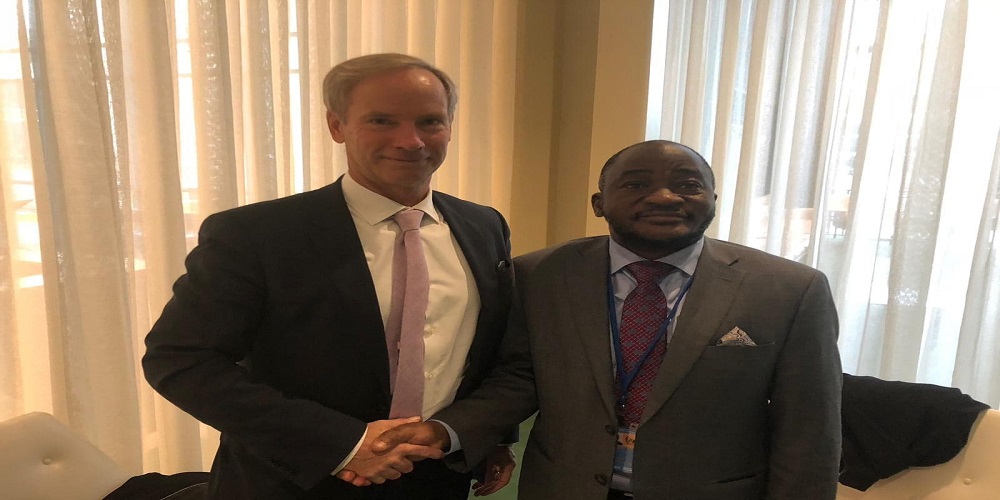 Plans are being finalized in New York to launch at the United Nations Headquarters, the Government of Liberia's flagship development agenda--the Pro-poor Agenda for Prosperity and Development (PAPD).

Proposed by Liberia's Ambassador Extraordinary and Plenipotentiary, and Permanent Representative to the United Nations, His Excellency Ambassador Dee-Maxwell Saah Kemayah, Sr., the Pro-Poor Agenda would be launched under the auspices of the Liberia Configuration of the Peace Building Commission.

Ambassador Kemayah informed Ambassador Skoog that "it will be prudent for the United Nations Peacebuilding Commission meeting on Liberia to include the launching of the Government of Liberia's Flagship National Development Agenda – the Pro-Poor Agenda For Prosperity and Development, which was launched in Ganta, Nimba County, Republic of Liberia on Saturday, October 27, 2018, by His Excellency Dr. George Manneh Weah, President of the Republic of Liberia".

The Liberian Envoy stressed that launching the Pro-Poor agenda during the Peace Building Commission's meeting on Liberia will create the platform to take stock of peacebuilding initiatives in the Country following the departure of the United Nations Mission in Liberia (UNMIL); and an opportunity to share and mobilize support for the Government's initiatives to sustain the peace.

Ambassador Kemayah then called for the mobilization of the international community, international financial institutions, development partners and Friends of Liberia; as well as the Ministers of Finance and Development, Foreign Affairs and other officials of the Government of Liberia to ensure the support and successful launching of the Pro-poor Agenda at the United Nations.

In response, Ambassador Skoog said he was quite pleased to receive such proposal from Ambassador Kemayah and promised to work with him to finalize the program to launch the Pro-poor Agenda at the next meeting of the Peacebuilding Commission, expected to be held in December this year.

Ambassador Skoog explained that the peace process in Liberia has proven to be very successful, and is a model for peacekeeping operations globally. He, however, stressed the importance of addressing the remaining challenges that could undermine the hard-earned peace that the Country is enjoying. "Now, looking into the future, how can we face the remaining challenges? We need to have a dialogue aimed at strategizing on how, the international community, working with Liberia, can sustain the gains already attained".

Ambassador Skoog further spoke of the need to keep engaging constructively in order to ensure that peacebuilding elements are sustained in Liberia.

On the bilateral front, Ambassador Skoog expressed satisfaction for the long-standing ties enjoyed by Liberia and Sweden which span many decades; and assured that Sweden will remain a trusted partner.

Ambassador Kemayah thanked Sweden for its valuable support to peace and development in Liberia; and recalled “when Liberia was considered on the brink of becoming a failed state, Sweden was one (1) of the countries that came to our aid, humanitarian wise; as well”, the Swedish are good people to Liberia, and Liberians will remain forever grateful".

He assured that Liberia under the leadership of His Excellency President George Manneh Weah will "show the world that it can certainly return to its pre-war status and continue to be a model of a growing democracy, not only in the region but the world over".