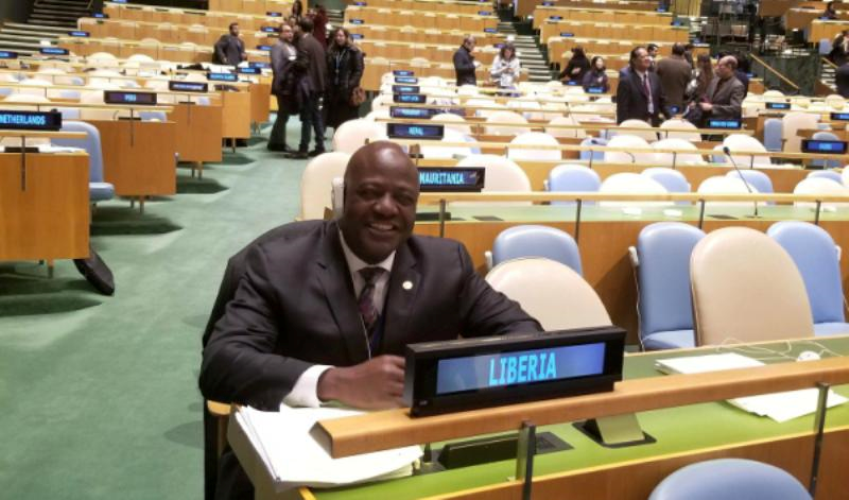 The Group of  77, the largest intergovernmental organization of developing countries in the United Nations, has commended Erastus Saye Wieh, First Secretary/Finance,  at Liberia's Mission to the United Nations for his commitment and performance as Coordinator for the Group.

Mr. Wieh served as Coordinator for the Group of 77 during informal consultations throughout the 1st and 2nd Resumed Sessions of the United Nations General Assembly's Fifth Committee (Budgetary and Administrative Management Committee) in 2017.

A letter from the Chair of the Group of 77 for the 71st Session of the General Assembly H.E. Diego Morejon Pazmino, Permanent Representative of Ecuador said Mr. Wieh worked to protect the Group's longstanding interests and efficiently delivered a tangible outcome. " His professional role in line with the principles of unity and solidarity that characterize the Group of 77 proved fundamental to maintain and enhance the interests of the group during the negotiations, the Ambassador Pazmino said.

The Group of 77 provides the means for the countries of the South to articulate and promote their collective economic interests and enhance their joint negotiating capacity on all major international economic issues within the United Nations system, and promote South-South cooperation for development.