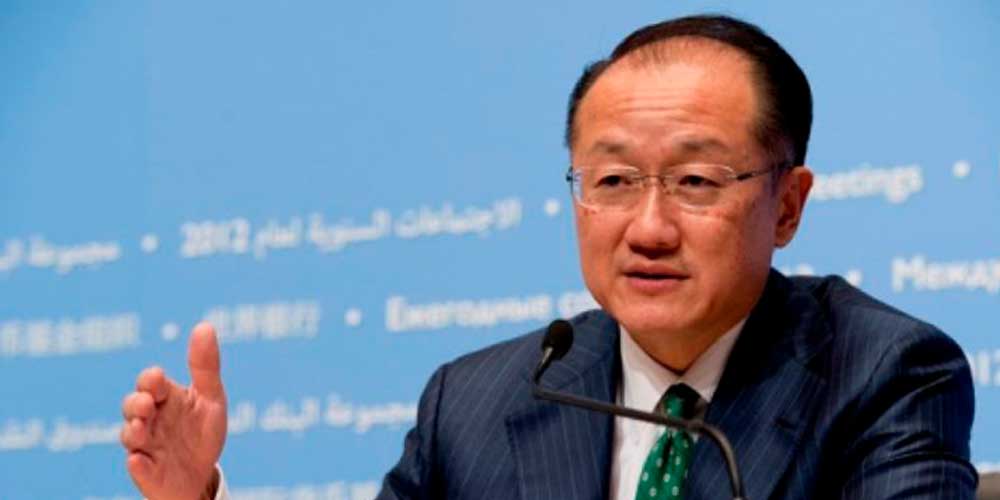 The World Bank Group has provided a $25m budget support grant to Government and expressed commitment to fund President George Manneh Weah’s vision for road connectivity, including a coast highway.

According to an Executive Mansion release, a delegation of the World Bank Group and the Government of Liberia on Friday, February 2, 2018 signed the Agreement at the behest of the Country Director for Ghana, Liberia and Sierra Leone, Mr. Henry G. R. Kerali who paid a courtesy call on President George Weah at his Rehab Residence outside Monrovia.

Mr. Kerali expressed the World Bank’s commitment to support President Weah’s infrastructural agenda by prioritizing road construction and disclosed plans for the pavement of the Ganta-Tappita highway and the likelihood of paving the Tappita-Fish Town highway.

The delegation told the Liberian leader that the World Bank fully embraces his vision for road connectivity, particularly the building of a coastal highway and promised to use the same financing model of the Bank used for the Ganta-Tappita Highway for the construction of a coastal highway as proposed by President Weah.

The delegation divulged that within two months, the Bank would be able to get approval to finance the construction and pavement of Phase I of the project, which is the Ganta-to-Tappita Highway, a 125km road at the cost of $100m. They also announced that they have been able to secure $40 million of the funding and are looking to sourcing the additional $60 million from the private sector.

The delegation further intimated that Phase 2 of the project will be the pavement of the Tappita-Fishtown highway once the funding becomes available.

“As far as timeline for the implementation of this project, we should expect the approval of the funds within 2 months, followed by the contractual procedures of the project,” the delegation told President Weah and other officials of Government present at the meeting.

“The contract will be sent to the Liberian Legislature for ratification,” adding, “We can therefore expect to see the pavement of the Ganta-Tappita Highway begin within 4-6 months depending on how fast the Liberian Government can ratify the agreement after it is submitted to them.”

The delegation also expressed the Bank’s support for the President’s agenda for free education and promised to make available some grants towards this effort.

Speaking at the meeting, President Weah said he was elated that the World Bank which is one of Liberia’s strong traditional partners, has moved so fast to help his government succeed in the realization of his vision for Liberia’s transformation.

He thanked the delegation for the visit and promised that his government was poised to work with the World Bank and other partners in the fight against poverty, disease and illiteracy.

The signing ceremony for the grant of US $25 million towards budgetary support was executed at the end of the World Bank delegation visit.