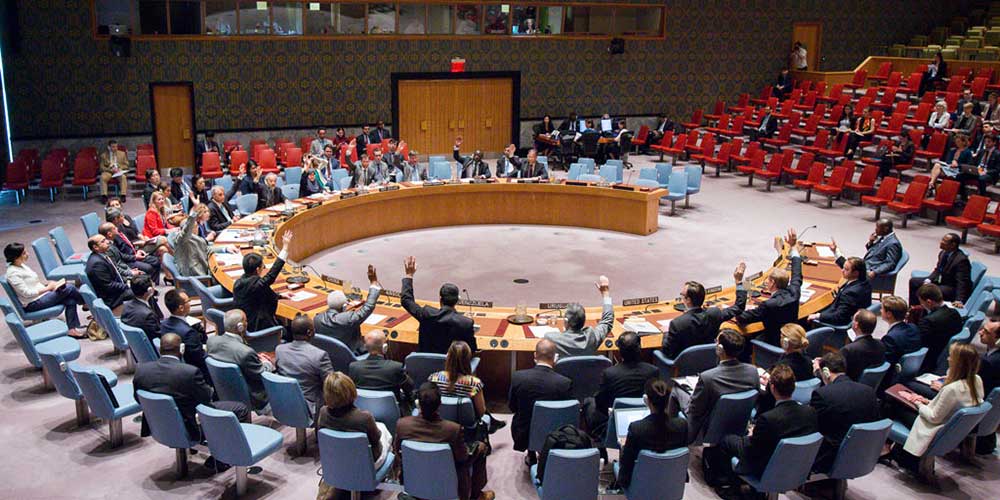 Security Council for lifting the sanction imposed on Liberia during the civil crisis and acknowledged that the targeted sanction which restricted the movement of individuals perceived to be of threat to peace and security and preventing the use of nation’s natural resources to spread war was well placed.

According to a dispatch from New York, Mr. Patten spoke on Wednesday, the 25 of May, 2016, following the unanimous vote by Members of the UN Security Council to terminate sanction on Liberia imposed through resolution 1521. The Liberian Diplomat averred that while there has been numerous debates about the usefulness of sanctions, targeted sanctions in the context of Liberia have been very constructive.

He referred to the sanctions regime as having contributed, in large measure, to stabilization of the country and also stimulated post –conflict economic recovery. The sanctions targeted some of the country’s natural resources, including timber and diamonds, and imposed restriction on the supply and importation of arms as well as on finances, and on individuals designated as constituting to the peace and stability in Liberia”

Speaking further, the Charge d’Affaires informed the Security Council that the Liberian Government, despite capacity constraints, cooperated very effectively with the Council and remained constructively engaged with the Panel of Experts in meeting their expectations which according to him, provided the Government the opportunity to make the country a safe and stable place for all Liberians as well as foreign residents.
On some of the specific concerns previously raised by the Council including the enactment of relevant laws to regulate fire arms, Mr. Patten intimated that the Liberian House of Representatives recently concurred with the Senate in passing the Fire Arms and Ammunition Control Act of 2015, which provides the legal framework for the management of arms in the country. In addition, Mr. Patten also informed the Council of the passage of the Police and Immigration Acts, as a compliment to the Arms Control Act.

Meanwhile, Mr. Patten expressed gratitude to the Resolution 1521 Committee comprising all Members of the Council including the various Chairs of the Committee for their support. He also thanked the panel of experts for the numerous visits to Liberia and the sub-region to ensure that the sanctions were implemented. He said termination of the sanctions regime will provide further motivation to the Government to strengthen the capacity of national security institutions as they assume their constitutional role of protecting lives and property and safeguarding the territorial integrity of Liberia.

For his part, Alternate Representative for Special Political Affairs, at the Permanent Mission of the United States to the UN, Mr. David Pressman, said that the Targeted Sanctions were crafted in support of the Liberian Peace Agreement. He said the effectiveness of the sanction regime in Liberia was a testament of how progress can be achieved when such measures are taken with a clear purpose and determination to consolidate peace.
The US Diplomat urged the Liberian Government to work closely with its people to maintain peace and stability, and assured that his Government will continue to support Liberia’s post-war reconstruction process.

In separate remarks, the Representatives of Japan, China and Ukraine, expressed support for the lifting of sanction and praised the people and the Government of Liberia for the steadfastness during the period, and assured Liberia of their country’s fullest support as Liberia assumes full responsibility of its own security.