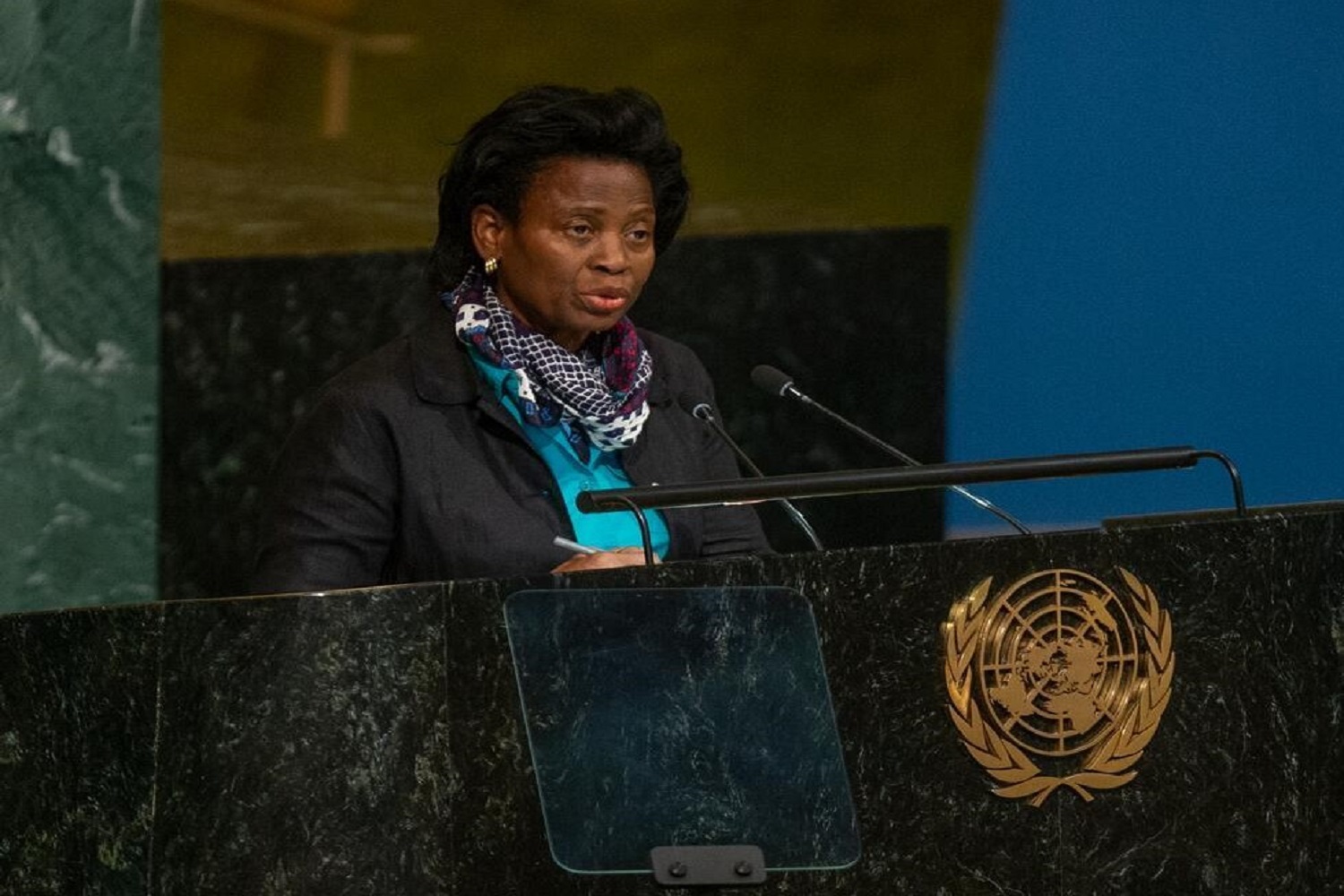 I congratulate you and members of your Bureau on your election and pledge my delegation's full support to your leadership as you conduct the affairs of this Committee.

As we meet in the first fully in-person session of the Third Committee since the outbreak of the corona virus pandemic, women and girls continue to face the brunt of the pandemic, conflicts, and climate change.

With less than ten years to go, we are still too far from achieving SDG5.  We must take urgent and intentional actions to address these challenges nationally, regionally, and globally.

In Liberia, advancement of women and the promotion of gender equality are key priorities. We have developed the legal framework, including the ratification of regional and international instruments to address gender inequalities perpetuated by socio-cultural perceptions, practices, and stereotypes that support male dominance and the subordination of women. Liberia’s revised national gender policy (NGP) serves as the framework for implementation of these policies. We are using an all of Government approach, starting in 2019, with a gender responsive planning and budgeting policy and the creation of gender and inclusion units across the Government. This year, we launched for the first time in Liberia, the Country Gender Equality Profile (CGEP).

As we go to elections in 2023, the Liberian Government is committed to creating the enabling environment for women’s political participation. The Government’s efforts are complemented by support of partners including the United Nations Peacebuilding support Office, which has approved a project on “Promoting Peaceful Electoral Environment and Community Security in Liberia”.

While we’ve made great strides over the years, Liberia, like many countries around the world, still see low number of women in parliament. The Executive is championing the amendment of our national election laws to provide for a mandatory gender quota of 30 percent.  The Act includes a means for enforcement, whereby the National Elections Commission can reject political parties’ candidate listings that do not meet the 30 percent quota.

For appointed positions, women are leading the Judiciary and major sectors of our society. Just last month, the President of Liberia appointed a female Judge as Chief Justice of the Supreme Court of Liberia. Women also lead the Ministries of Health, Public Works, Commerce, and Gender, Children and Social Protection, the National Port Authority, and the National Oil Company.

Violence against women online and offline is a serious human rights violation that continues to persist globally.  Sadly, as the Secretary General’s report points out, its prevalence has remained largely unchanged over the last decade. This is unacceptable! We must do more to address this scourge.

Nationally, Liberia has set up an Inter-Ministerial Taskforce on Sexual and Gender Based Violence and we are concluding processes for the appointment of a Special Prosecutor for rape and the Constitution of a National Sex Offenders Registry. These actions were in response to a surge in gender-based violence cases, especially rape, during the pandemic. They accompanied the declaration of rape as a national emergency by His Excellency President Weah.

We are also implementing multiple global initiatives including the Generation Equality Forum Action Coalitions on accelerating the prevention of gender-based violence and promoting economic justice and rights, as well as the Spotlight Initiative, to end violence and harmful traditional practices against women and girls, while promoting their sexual and reproductive health and rights.  The suspension on the practice of Female Genital Mutilation remains in force, as we continue consultations with traditional leaders for the elimination of the practice.

Sustainable development can take place only in a peaceful and secure environment. And we acknowledge the vital role that women can play in the maintenance of regional and global peace and security and continue to promote women’s active and meaningful participation in conflict prevention and peacebuilding. As a troop contributing country serving in the United Nations peacekeeping missions in Mali, South Sudan and the Abyei region, we have taken initial steps to ensure that female soldiers, police, and correction officers have equal opportunity for deployment. To date, we have over 31 percent females deployed as military experts on mission and staff officers.

We’ve completed the second phase of our National Action Plan (NAP) on Women Peace and Security and developed the Gender and Security Sector National Taskforce Sustainability Framework for the achievement of a gender-responsive security sector in Liberia. The aim is to enhance the inclusion of women’s perspectives in reform of the security sector –from planning to implementation and to ensure that initiatives respond to the needs and capacities of women and girls.

Liberia reaffirms its commitment the advancement of women and the full implementation of the SDGS and will continue to work at the national, regional, and international levels in this regard.