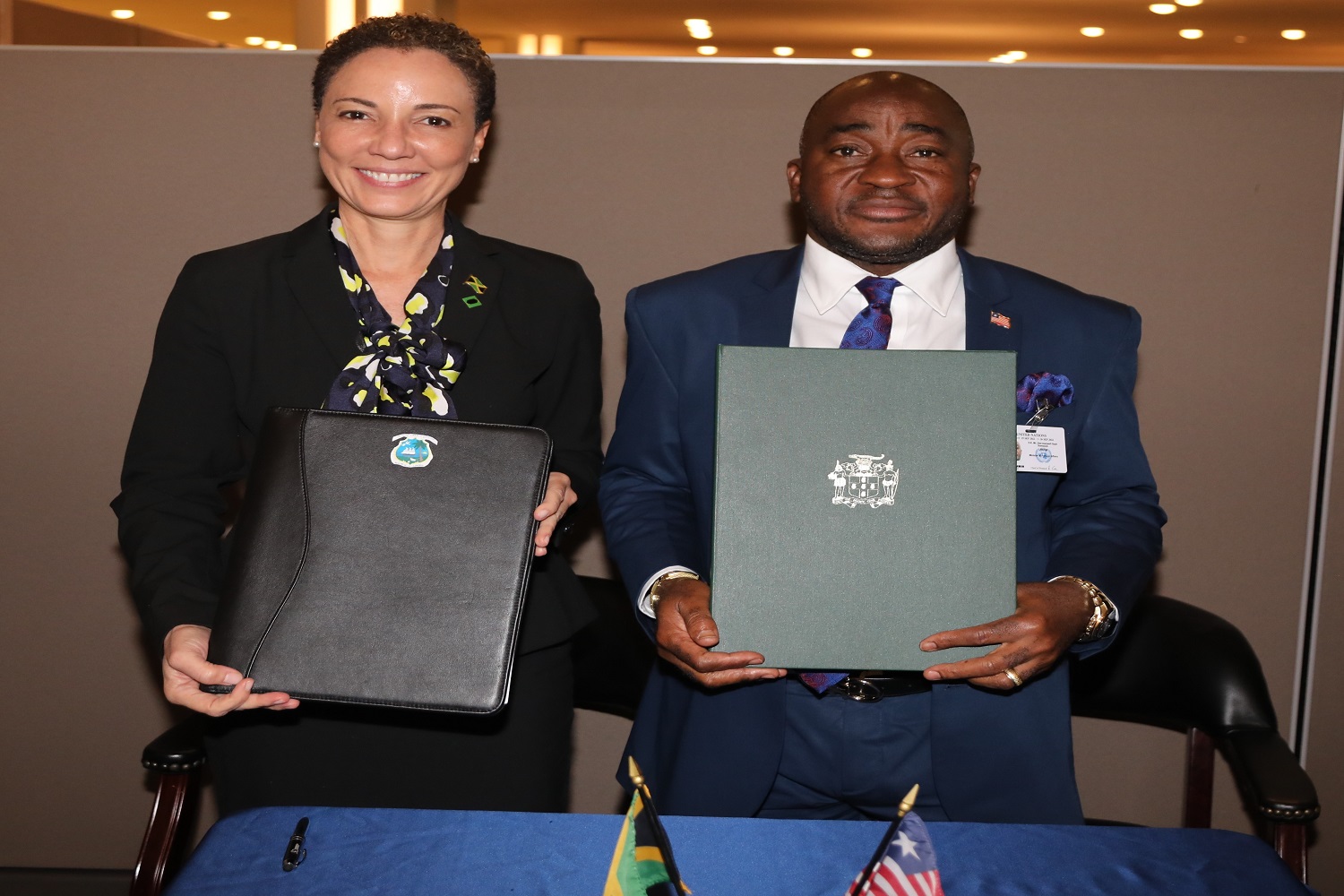 The Republic of Liberia and Jamaica, on Thursday, September 22, 2022, signed a joint communiqué establishing formal diplomatic relations between the two countries.

The communiqué was guided by the desire by both countries to promote mutual understanding and strengthen friendship and cooperation, as well as the principles of the United Nations Charter relating to the promotion of international peace and security, the respect of national sovereignty, equality among states, independence, territorial integrity, international treaties and non-interference in the internal affairs.

Minister Kemayah, speaking after the signing ceremony, said the establishment of bilateral ties will further strengthen the already good relations subsisting between the Republic of Liberia and Jamaica. He made a specific reference to collaboration at the United Nations and the fact that Liberia’s First Lady, Her Excellency Ambassador Clar Marie Weah, hails from Jamaica.

The Minister of Foreign Affairs proposed the establishment of a Joint Commission at the technical level to identify areas of cooperation politically, economically, socially, and culturally for the mutual benefit of both countries.

Minister Kemayah further proposed the establishment of diplomatic representation at the resident or non-resident level and extended an official invitation to Minister Johnson-Smith to visit Liberia.

Concluding, Minister Kemayah, on behalf of the President of the Republic of Liberia, His Excellency Dr. George Manneh Weah, congratulated Jamaica for the milestone achievement in establishing diplomatic relations with Liberia.

For her part, the Foreign Minister of Jamaica, Her Excellency Kamina Johnson-Smith, described the signing ceremony as a good day, especially being held at the United Nations, the height of global cooperation, and “bringing together two nations that should have been shaking hands a long time ago”.

Minister Johnson-Smith informed that she was shocked when she discovered that Jamaica did not officially have diplomatic relations with Africa’s oldest republic and immediately sought approval from her Cabinet to take action.

The Jamaican Foreign Minister accepted the proposals made by Minister Kemayah and expressed that she looks forward to a fruitful and productive engagement with Liberia and developing close political and other exchanges for the shared prosperity of the peoples of both nations.

Jamaica is an upper middle-income country with less than three million people and an economy heavily reliant on tourism. It gained its independence in 1962.