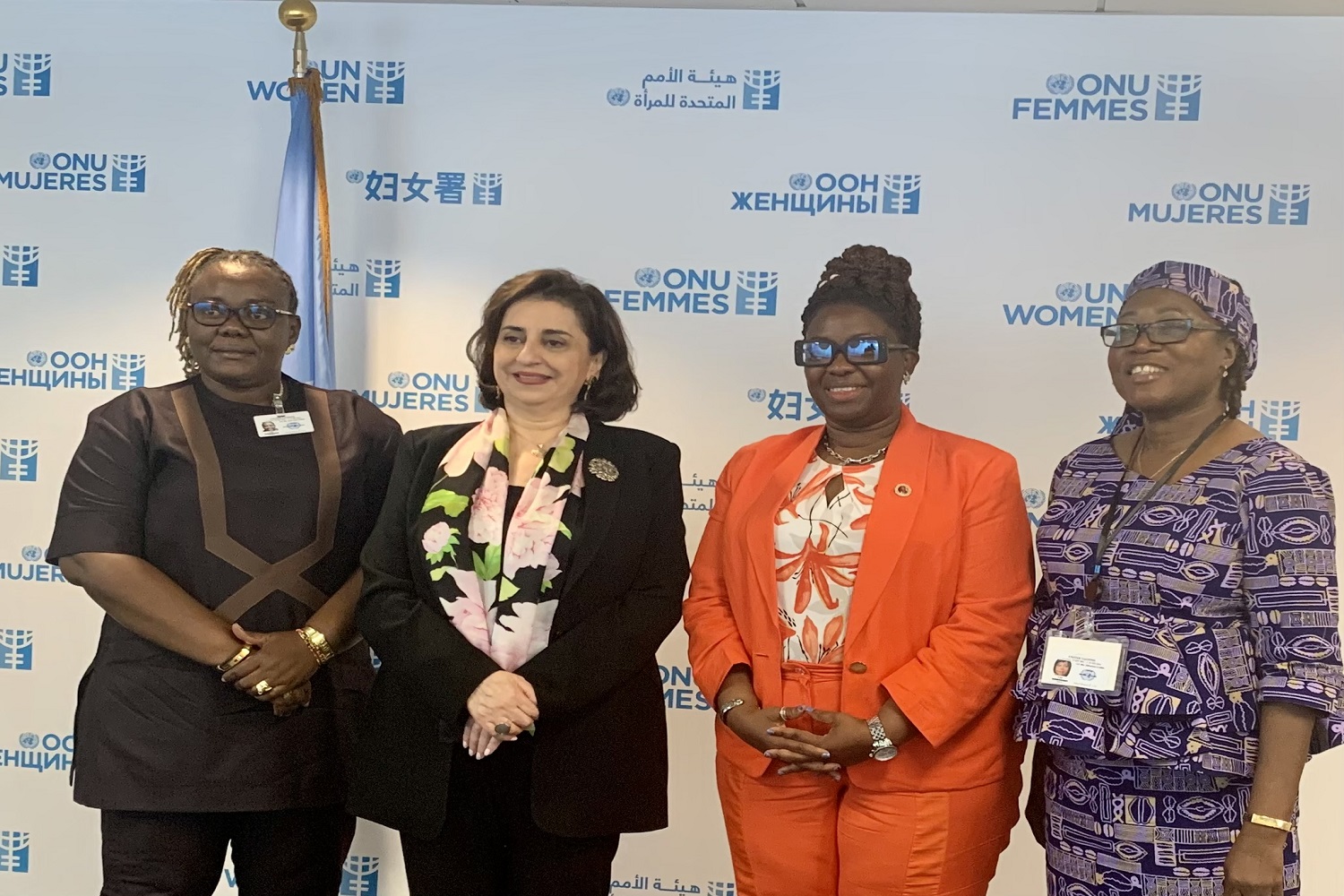 The Executive Director of the United Nations Entity for Gender Equality and the Empowerment of Women (UN Women), Ms. Sima Sami Bahous, says the entity will expand its direct support to women leadership in Liberia.
Executive Director Bahous said UN Women values the partnership it has with Liberia and will provide more support to empower women organizations and networks, improve agricultural practices and help the Government of Liberia develop a feminist foreign policy.
The UN Women boss further stated that the areas being supported align with the priorities of the Government and the strategic plan of UN Women--participation of women in leadership, economic empowerment of women, peace and security, climate, gender equality and gender sensitive budgeting.
ED Bahous: “In your own country, if there’s anything that we can be doing together we are happy to do that. We are looking at agriculture, because of the link between climate change and gender equality; we are looking at helping women’s networks and women’s organizations to be empowered and recover from the repercussions of the COVID pandemic and the price hike of the Ukraine war. Also, our support will be extended to overall women leadership and the development of a feminist policy that you are initiating.”
Executive Director Bahous made the commitments on Monday, September 19, 2022, during a meeting with the Minister of Gender, Children and Social Protection of Liberia, Hon. Williametta Saydee Tarr, on the sidelines of the 77th Session of the United Nations General Assembly.
For her part, Minister Tarr thanked UN Women for its continuous support to gender equality and the empowerment of women and girls in Liberia and assured that His Excellency President George Manneh Weah, Liberia’s Feminist in Chief, was committed to enhancing women’s political participation.
Minister Tarr spoke of the President’s appointment of females in key Cabinet posts and his advocacy for the 30 percent quota on women representation.
Minister Tarr: “We, female cabinet members make up 1/3rd of the Cabinet and we have the most important portfolios—Health, Agriculture, Commerce, Public Works, and Gender, Children and Social Protection. We again thank UN Women for its support to political participation in Liberia. On the side of the Executive, the President has been advocating and has made strong commitments for political participation including at UNESCO and at the Dubai Summit. Now, the lower house has agreed that political parties submit at least 30 percent female candidates as part of their nomination listing. For us at the ruling political party we have taken the lead and committed to 40 percent nomination of female candidates; we feel that it is good competition”.
The Gender Minister also reassured that Liberia remains committed to the two Action Coalitions adopted at the Generation Equality Forum (GEF): accelerating the prevention of gender-based violence and promoting economic justice and rights. She shared progress in implementing the commitments, including the development of the Government’s Anti-SGBV Roadmap, the three-year suspension on the practice of FGM, the purchase and operationalization of DNA machines, the operationalization of a call center with a toll-free line to report cases of SGBV across Liberia, and budgetary and donor support to promote economic justice and rights.
On the development of a Feminist Foreign Policy, Minister Tarr informed that the Ministries of Gender, Children and Social Protection and Foreign Affairs have initiated the process of consultations with other government ministries and stakeholders. The consultations, which will also involve the civil society, will inform the formulation of a feminist foreign policy framework.
The Minister of Gender was accompanied to the meeting by the Minister of Health, Dr. Wilhelmina Jallah, and the Minister of Public Works, Hon. Ruth Coker Collins. They spoke of the inter-linkages between the work they do, the promotion and achievement of gender equality and the empowerment of women and girls. The Ministers joined Minister Tarr in calling for more support to promote the overall wellbeing of women and girls.
In a related development, the Minister of Gender, Children and Social Protection, on Tuesday, September 20, met with her Sierra Leonean counterpart, Hon. Manty Tarawalli, and spoke of progress in the fight against Sexual and Gender based violence (SGBV). They expressed that the political will and practical leadership by the Presidents of both Liberia and Sierra Leone have helped propel progress.
The two ministers, amongst others, agreed to enhance cooperation and share best practices for the protection and empowerment of women and girls in Liberia and Sierra Leone.