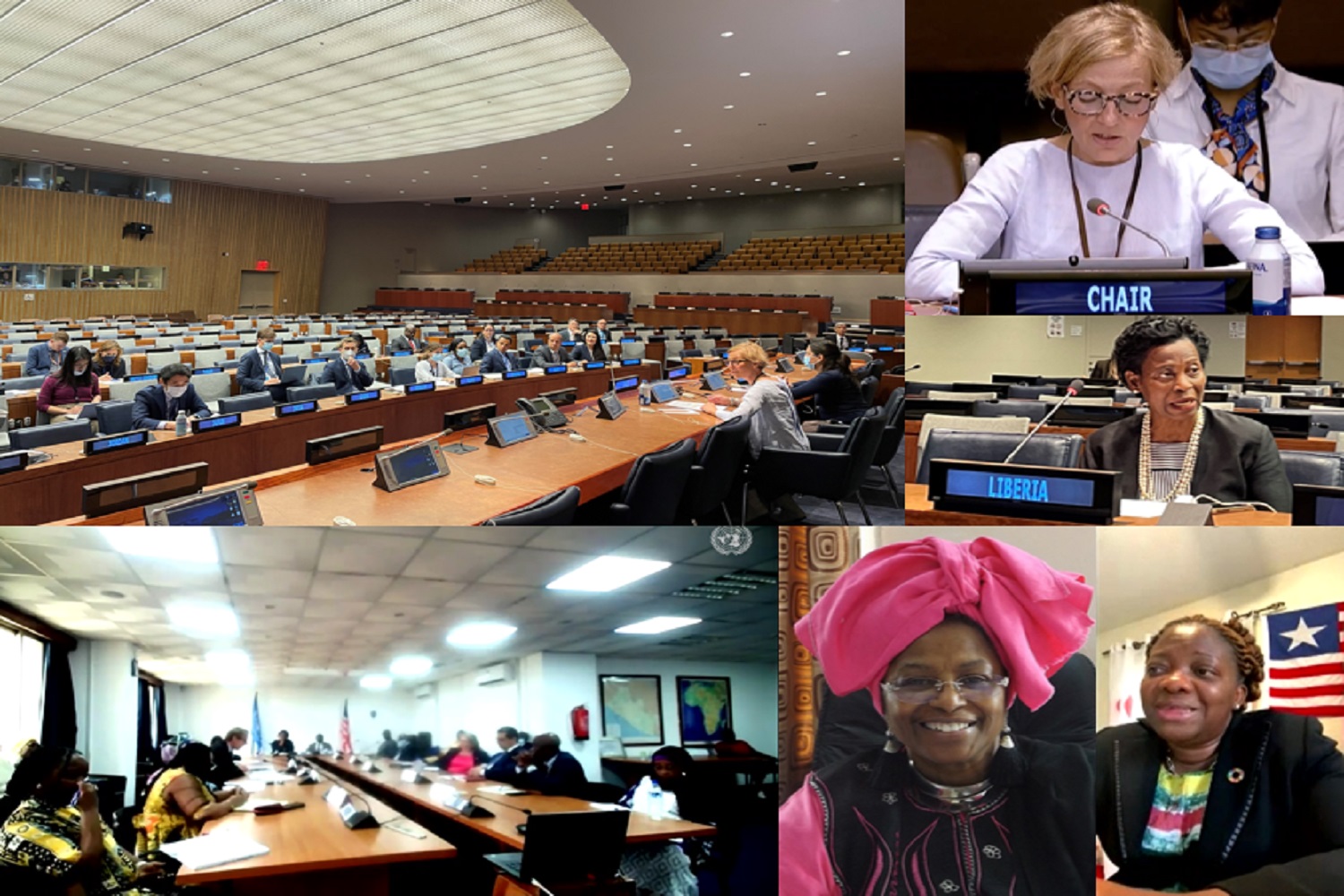 The Chair of the Liberia Configuration of the Peacebuilding Commission (PBC), H.E. Ms. Anna Karin Eneström, on May 19, 2022, convened a meeting of the Government of Liberia and international partners and discussed priorities for continued support, with a focus on gender equality and women’s empowerment, including eliminating gender-based violence and promoting women’s political participation in the context of the upcoming presidential and legislative elections.
Following briefings by the Minister of Foreign Affairs, H.E. Dee-Maxwell Saah Kemayah, Sr., the Minister of Gender, Children and Social Protection, Hon. Mrs. Williametta E. Saydee-Tarr, the United Nations Resident Coordinator, Mr. Niels Scott, and a civil society representative and establishment Coordinator of the Angie Brooks International Centre for Women’s Empowerment, Cllr. Yvette Chesson-Wureh, the Commission welcomed the adoption of the Revised National Gender Policy and the second National Action Plan on Women and commended Liberia for prioritizing gender equality issues, while also underlining much more needs to be done.
The Commission stressed the need for greater representation of women in politics, including in the upcoming presidential and legislative elections, and underscored the importance of the 30% gender quota for candidate listings in the election law.
Several members of the Commission made the connection between empowering women and economic development and expressed full support for the implementation of the 2018-2023 Pro-Poor Agenda for Prosperity and Development, which outlines targets to increase the political participation of women at the national and local levels.
Delegations also highlighted concerns regarding sexual and gender-based violence, including in relation to elections, female genital mutilation, and the widespread problem of rape, and called for stronger and sustained Government action in these areas as well as the continued implementation of the Anti-SGVB Roadmap for 2020-2022.
The meeting fed into preparations for a joint visit of the Configuration Chair and the ASG for Peacebuilding Support to Liberia, scheduled for early June.
The meeting was webcast on UN WebTV. Full recording can be accessed through the link below https://media.un.org/en/asset/k19/k19qtumsbb