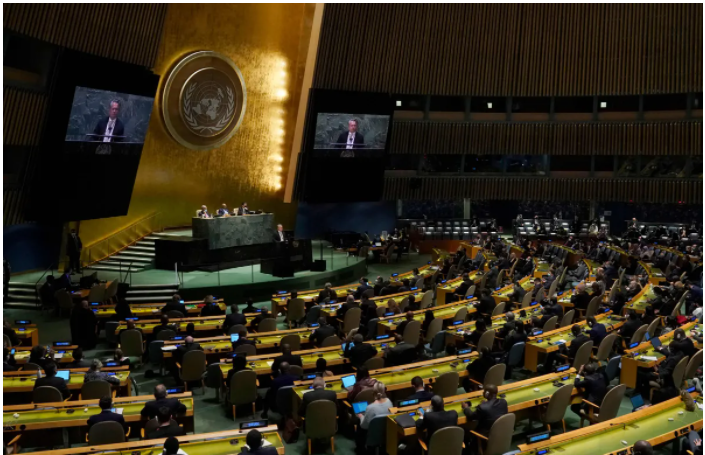 The Republic of Liberia maintains its position as articulated at the UN General Assembly in 2014 during the debate on Ukraine at which time it urged Russia to defuse tensions and respect the rights of Ukraine.

Liberia calls on Russia not to attack Ukraine. We further urge Russia to use diplomacy and dialogue to resolve its stated security concerns, and to reverse Russia’s Military Buildup along the borders of Ukraine and in occupied Crimea. Liberia hereby reaffirms its commitment to Ukraine’s sovereignty and territorial integrity since Ukraine currently poses no threat to Russia.

In this 21st century when our world body – the United Nations is promoting peace and security, war is certainly not the answer, the path of dialogue and peace is most prudent. Therefore, adhering to the tenants of democracy is critical and should prevail so that the individual rights of nations are not infringed. The sovereignty of Ukraine must be respected.