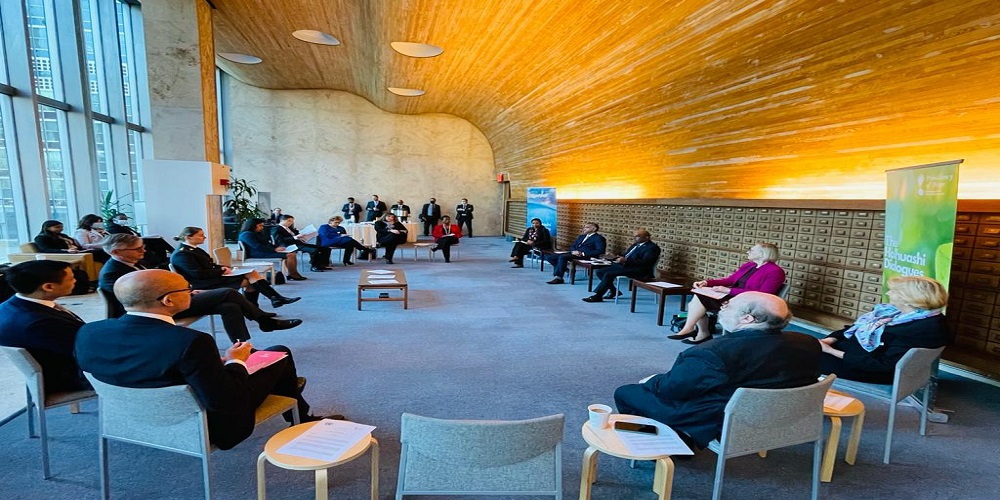 On March 11, 2022, Liberia’s Deputy Permanent Representative to the United Nations, Ms.  Cecilia Forgbe Wreh-McGill, joined the President of the United Nations General Assembly, His excellency Abdulla Shahid, and other dignitaries at a Holhuashi Dialogue to discuss Women, Peace, and Security.

The Holhuashi Dialogue is an invitation only initiative of the President of the General Assembly as part of the “Revitalization of the work of the General Assembly”. The dialogue aims to promote informal and frank exchanges among Member States, the United Nations System, and other invited stakeholders to generate ideas and seek solutions for action.

Deputy Permanent Representative McGill, among others, shared that violent conflict disproportionately affects women and girls and intensifies pre-existing gender inequalities and discrimination; thus, it was important for women to meaningfully participate in peacekeeping activities around the world.

Sharing her experience as a former peacekeeper, Ms. McGill noted that women in peacekeeping play significant roles, especially in reconciliation, economic development, education, and transitional justice – all critical elements to the sustenance of peace.

The Liberian diplomat concluded by proposing the need to develop a centralized platform to keep the spotlight on women, peace, and security, and peacebuilding, with a specific focus on documenting successes, challenges, and lessons learned from peacekeeping activities at the national and community levels.