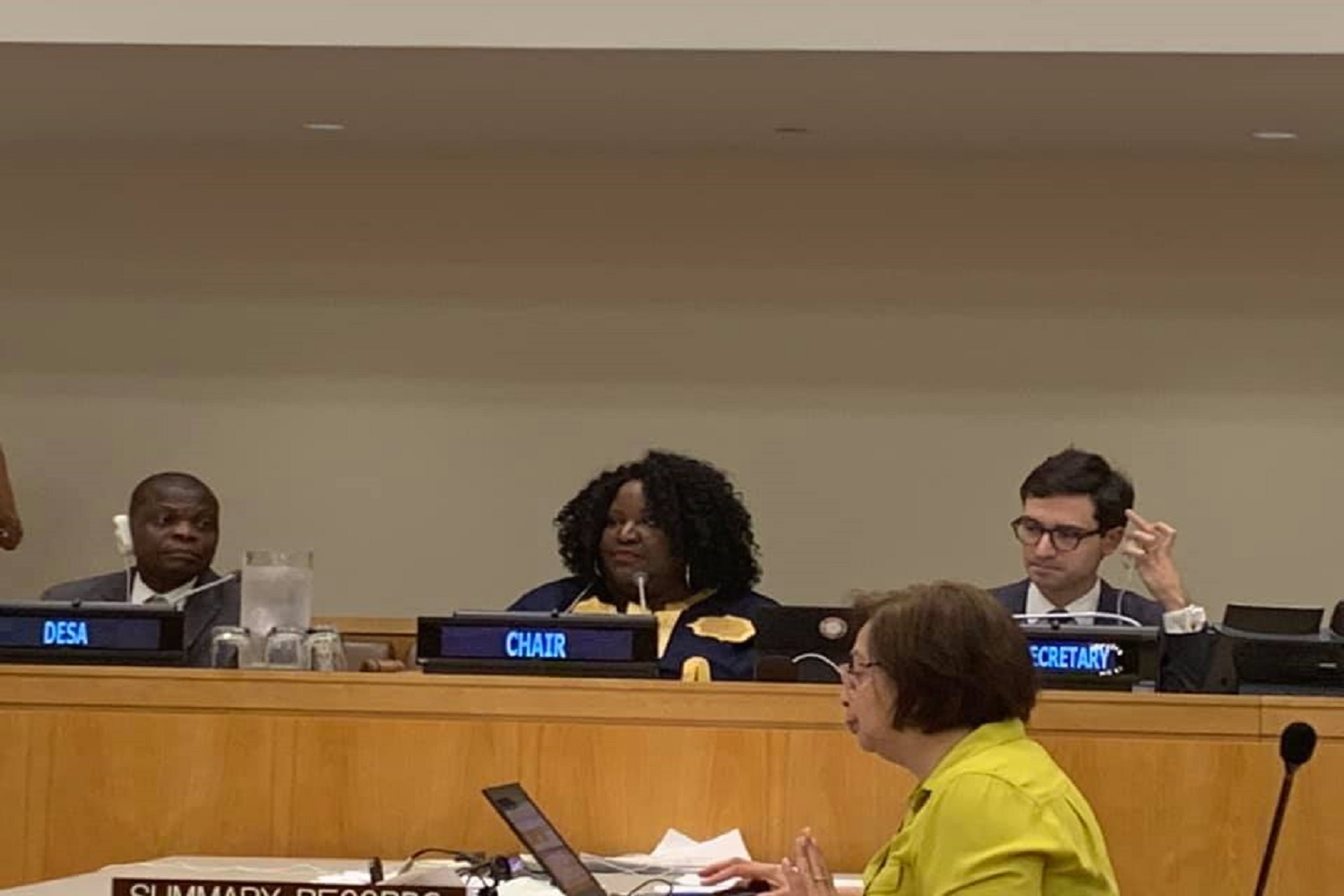 Gail Greezakwah Farngalo is the Senior Adviser and Lead on Gender Equality and Women’s Empowerment and Focal Point for UN Women and the Commission on the Status of Women (CSW) in the Office of the President of the General Assembly (OPGA).

Gail is a Minister Counsellor in the Liberian Foreign Service and brings to OPGA ten years of experience covering the Third Committee (Social Humanitarian and Cultural Affairs) in the Permanent Mission of the Republic of Liberia to the United Nations. She also served as Election Officer and Liaison for Military, Police and Corrections Affairs (supporting Liberia’s peacekeeping efforts in UN Peacekeeping Missions), as well as focal point for all gender and Third Committee related matters.

With the responsibility of covering health issues in the Liberian Mission, Gail served as focal point and coordinator for the Mission’s engagements during the Ebola epidemic, participating in the United Nations preliminary response coordination meetings as well as meetings of the Ebola Multi-partner Trust Fund and successive meetings of Secretary-General Ban Ki-Moon’s Panel on Health Systems Strengthening in the wake of the Ebola Health Crisis.

Gail is an active member of the Third Committee African Group at the United Nations.  She has served as facilitator for the Group’s sponsored resolutions on Malaria and on Refugees and Displaced Persons in Africa. Under the umbrella of the African Group, Gail has served as Vice President of the Executive Board of UN Women and a member of the Executive Board of UNICEF. Gail was also charged with coordinating Liberia’s participation in its capacity as Vice President of the Bureau of the Conference of States Parties to the Convention on the Rights of Persons with Disabilities. In her capacity as Vice Chair of the Bureau of the Third Committee for the 74th session of the General Assembly, Gail was charged with the facilitation of the annual Chair’s resolution on the Follow up to the Fourth World Conference on Women and the Full Implementation of the Beijing Declaration and Platform for Action. She also had an active role in Liberia’s Chairmanship of CSW for the term, 2012-2013.

Gail commenced her diplomatic work at the Permanent Mission of Liberia to the United Nations in 2010. Her prior employment was in managed healthcare.