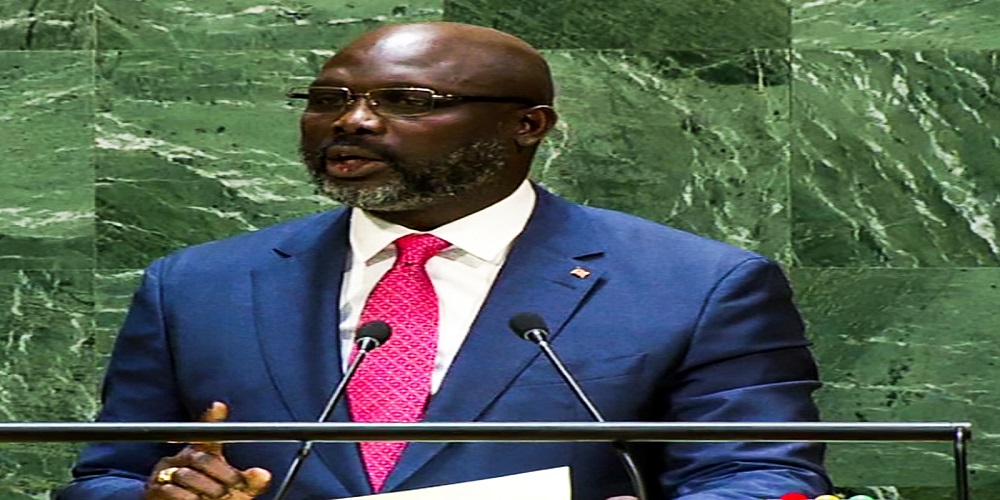 The President of the Republic, H.E. George Manneh Weah will address a high-level meeting of the United Nations General Assembly (UNGA) on Monday, September 21, 2020, to commemorate the 75th anniversary of the world body.

The Commemorative event is part of ceremonies marking the milestone achievement of the UN General Assembly, which will convene virtually due to the ongoing coronavirus pandemic and quarantine guidelines in New York. President Weah is expected to speak around 7 PM local time (3 PM New York time).

Today's commemorative event will be held under the theme, “The future we want, the United Nations we need: reaffirming our collective commitment to multilateralism”.

The UN was officially established in 1945, when representatives of 50 countries including the Republic of Liberia, met in San Francisco at a Conference to draw up the UN Charter.

President Weah will among other things highlight Liberia’s role in the formation of the global body, as one of only four founding African Member States and commit to multilateralism as the most effective means to addressing the complex challenges facing the world today.

President Weah’s virtual address will focus on a range of pertinent global issues, including the Coronavirus pandemic and its effect on economies of developing countries; maintenance of global peace and security; as well as national issues such as the fight against corruption and rape, and the Government’s efforts towards achieving the Sustainable Development Goals (SDGs).

Other events expected to characterize the 75th Session of the UNGA include the High-Level meeting on the twenty-fifth anniversary of the Fourth World Conference on Women and the High-Level event on Biodiversity.

The events of the 75th Session, which officially commenced on Monday, September 21, will be webcast live on the United Nations Web TV at http://webtv.un.org/ and simulcast on ELTV and other stations.