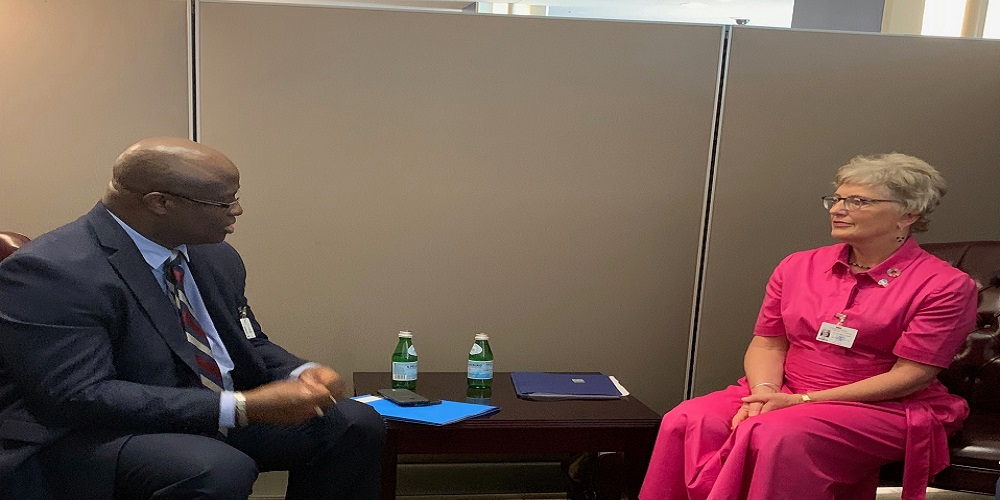 The Republic of Ireland as part of its development agenda for Africa has expressed interest in working with the Republic of Liberia in the area of youth empowerment.

Ireland's Minister for Children and Youth Affairs Ms. Katherine Zappone said her Government was ready to support the empowerment of young people in Liberia through the European Union or through knowledge transfer; especially sharing models of best practices from its scale development programs.

According to a dispatch from the Permanent Mission of the Republic of Liberia to the United Nations, Minister Zappone said her Government was also considering support to vocational and technical areas, as well as making its scholarship program at the Master's level more targeted to ensure that beneficiaries acquire the needed scale set that would be useful to the country.

Minister Zappone assured that her Government will work closely with the Government of Liberia through the Ministry of Youth and Sports to determine the kind of support needed to help to accelerate the empowerment of the youth of Liberia.

The Irish Minister for Children and Youth Affairs was speaking on Monday, September 23, 2019, during a bilateral meeting with Liberia's Minister of Youth and Sports Hon. D. Zeogar Wilson on the sidelines of the Seventy-fourth Session of the United Nations General Assembly (74th UNGA), convening at the United Nations Headquarters in New York.

Minister Wilson stressed the need for capacity building, scholarships, and support for Technical and Vocational Education Training (TVET) for young people; both formally and informally.

The Youth and Sports Minister also made the case for 'At-Risk-Youths'; people he described as having little or no formal education and skills. He emphasized that they were more in need of vocational and technical scales for the job market, as a short-term intervention.

Minister Wilson further stated that the Government of Liberia as part of its responsibilities to all of its citizens, was committed to catering to the welfare of 'At-Risk-Youths'; and was seeking support in the long term, to refurbish and operate facilities to rehabilitate 'At-Risk-Youths'.