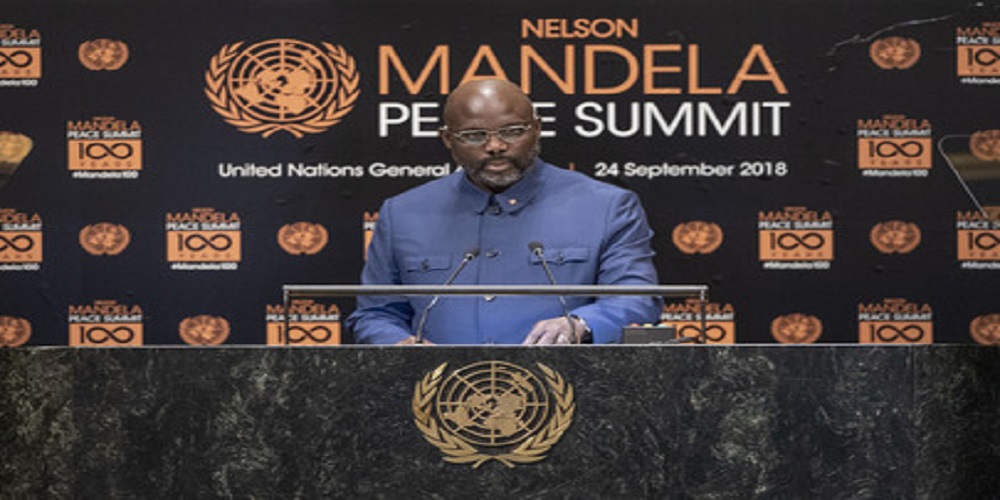 President of the 73rd Session of the United Nations General Assembly;

It is an honor to stand here today, to pay homage to one of Africa’s greatest heroes, Nelson Mandela, on the centenary of his birth.

This was a man who fought to free his people from the shackles of apartheid;

A man who enlightened the minds of his people to give them courage and hope to stand up against racial segregation;

A man whose enemies kept him in prison doing hard labor for almost 3 decades, and did not succeed in breaking his spirit.

And when he was set free and given the mantle of authority, he forgave his captors and oppressors and united South Africans of all races into a Rainbow Nation.

He was a personal hero to many and a role model. He served as an inspirational reservoir of courage in the face of many adversities. Nelson Mandela teaching is that peace comes through reconciliation, because he believes a reconciled nation brings about development and prosperity for its people.  This lesson was emulated by many including myself.

I followed his philosophy and accepted a role as a UNICEF Peace Ambassador to help humanity. This role allowed me to have traveled the world in the quest for peace and true reconciliation. Nelson Mandela inspires me to work tirelessly to help disarmed child soldiers during Liberia’s civil crisis and bring peace to my country.

As he once said and I quote, “Courageous people do not fear forgiving, for the sake of peace.”

We are all very fortunate to have spent time during his lifetime on the same planet with him.

All of our lives, in many ways, are better because we were fortunate to know him or to know of him. Baba Madiba, a reconciler, and a peacemaker. Let us honor him by promoting PEACE because without peace and reconciliation our world will not be stable.