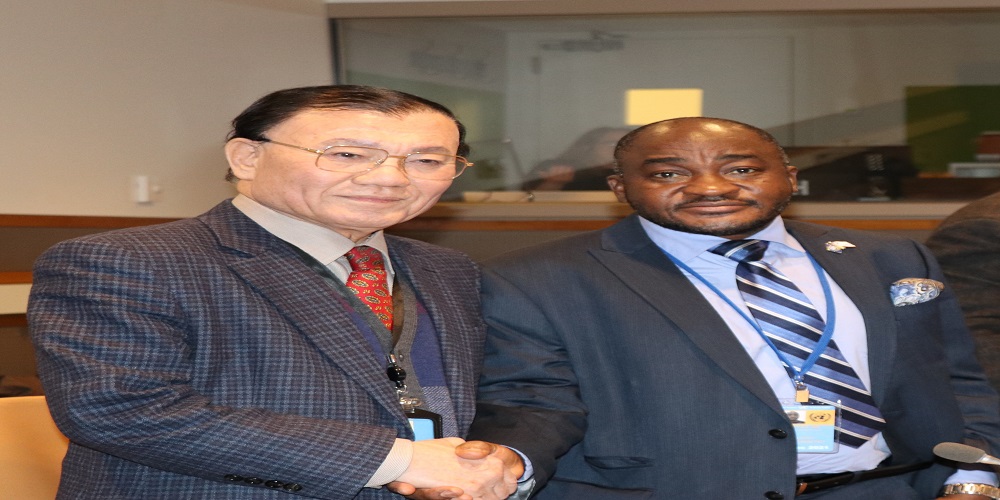 Speaking recently when Liberia presented its 'submission' before the Commission for a claim of the extension of Liberia’s Continental Shelf beyond the Two Hundred (200) nautical mile limits, Ambassador Kemayah said the Country has adequately covered all points of the Submission, to allow a full understanding and examination process.

Ambassador Kemayah asserted that the Republic of Liberia has complied with all relevant provisions of the Convention on the Law of the Sea, the Rules of Procedure and the Guidelines, and has reviewed and provided the most up-to-date available data relevant to justify the outer limits determined by the Country.

He assured that the Permanent Mission of the Republic of Liberia to the United Nations and the Government of His Excellency President George Manneh Weah as a whole, was ready to work closely with the Commission during the examination process. " We wish to assure you of our entire co-operation and collaboration and look forward to working very closely with the Commission in the future in order to achieve a successful outcome together. At such time as a Sub-Commission is established to examine the Submission, we will also stand ready to work with the Sub-Commission".

Liberia's Submission to the Commission included a legal presentation by Attorney Saifuah Gray, Chief Executive Officer (CEO) and President of the National Oil Company of Liberia; and a Scientific and Technical presentation by Attorney Nya Gbaintor, Principal Director for Administration and Legal Affairs at the Liberia Maritime Authority (LMA), and Mr. Timothy Jarry, Manager of Engineering and Production at the National Oil Company of Liberia.

According to a dispatch from the Permanent Mission of Liberia to the United Nations, the legal presentation covered all the relevant provisions of the Convention and the Scientific and Technical Guidelines that have been interpreted and applied in support of the Submission; while the presentation on the Scientific and Technical Aspects of the Submission provided an overview of the geological and geomorphological aspects of the Liberia High.